Janet's post about their landscaping project leads nicely into my post about my Deadly Landscaping trilogy. It's about Cassie Whittington, a 50-something ex-software geek who starts a second career in the landscaping business. Along the way she gets embroiled in murder and romance and millionaires. 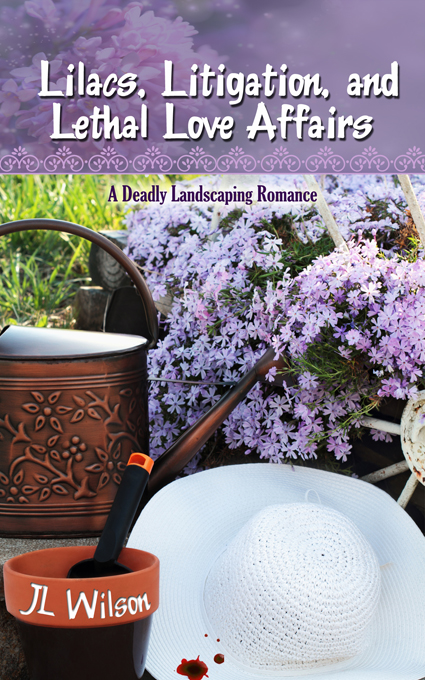 I know of what I write because I have a degree in landscaping and nursery operations. That was my "second career" thought at one time until I realized how much intense physical labor is involved. But I enjoyed my schoolwork immensely, and the experience gave me three marvelous books...

ONE OF WHICH IS IN A GIVEAWAY ON GOOD READS!

What timing! Just in time for spring!

Here's a link to the giveaway. Sign up and maybe you'll be chosen to receive the first book in my Deadly Landscaping trilogy.

The three books follow Cassie as she embarks on a new career and re-discovers romance. Of course, her new guy might be a murderer, but then again -- maybe not. She hopes!
Posted by J L at 7:37 AM No comments:

One of the big things going on at the Miller house is that after over fifteen years of ownership we are finally doing something about the backyard. Over the years we've done some updating and maintenance, mostly when our hands were force like when the hot tub sprang a leak and the gazebo surrounding it collapsed under the weight of the jasmine that had grown up around it. Sadly the removal of these left a big sandy hole in the yard that we made several attempts to do something about until it became clear that the problem with the yard wasn't the big sandy hole...

It was the whole yard and the lack of useful space in it.

The pool was old and looked dated with rough white plaster on the bottom. There were vast amounts of old cement patio that was broken in places, uneven in others, and unshaded. You didn't want to lie in the sun out there. We had a nice table and chairs and an umbrella but that was the only real place to sit and there weren't any real paths other than the walk around the pool. Nothing about the space was real inviting.

Basically we'd look outside and not feel like going out there most of the time. And to make matters worse, most of the back of the house has windows that look out on the backyard.

So we got a designer who first made us look at a lot of landscaping books to get a feel for what we wanted. We marked the pages and went through them with her later on. That led to a bunch of decisions like wanting colorful plants, liking darker blue pools, and more naturalistic settings rather than formal gardens. A plan was made, contractors for the pool, new fences, and a landscaper were hired, and we've been living with a work in progress for the past few weeks.

This is a current image of the backyard:

As you can see there is the edge of the pool, the new slate patio, a big deck in the background, new plants every where, a large dirt area that will be some sort of low ground cover, and places where paving stones will be put. Every day the place looks nicer.

Eventually we'll have seating on the deck in the back, and the dining table and chairs will be back in place. I fully expect to be able to sit outside to write a blog post in the future.

DO IT NOW...OR IT MAY BE NEVER by Rolynn Anderson

Warning!  Do not count your jewelry sets after you've read this article.  I don't want to be responsible for your bout of depression.

Okay, here's the deal for anyone who's lived half a century or more.   If you're like me, you've got hundreds of pairs of darling earrings and scores of gorgeous necklaces.  Yet I was rotating the same three or so sets every day.  No more: I've vowed to wear the jewelry I've bought over all these years, accumulated treasures and memories, for sure.  Instead of waiting for the right occasion or the perfect outfit to wear my precious gems or costume sets, I wear a new ensemble every day.

I figure: jewelry doesn't take much room, but clothes do.  So I've sorted through skirts, suits, fancy tops and sparkly bottoms and ditched most of them.  Now I wear comfortable pants and tops and have enough dressy jackets to manage any occasion, from wedding to funeral.  The rest of my unworn-for-twenty-years apparel goes to Goodwill.  I dumped a dresser; my walk-in closet is all I need.  Yay!  I always hated that dresser anyway.  Ashcan the headboard, too.  Oak is out; dark cherry is in.

Whew!  Minimalist wardrobe and bedroom arrangement; lots of cool jewelry.  I wear a new set every day, even if it's just to Starbucks; even if the gems are paired with jeans or a golf outfit.  Surprising the number of compliments I get on my glitter from complete strangers.

If you want to read about a heroine who has REALLY interesting attitudes about jewelry, meet Liv, in  LIE CATCHERS.  She's intent on solving two cold cases is Petersburg, Alaska, and she uses jewelry to catch lies!  Check out my website at http://www.rolynnanderson.com 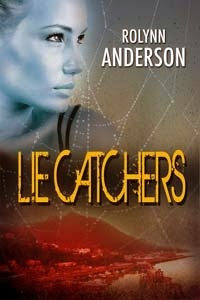 Posted by Rolynn Anderson at 11:16 AM No comments: