There are several definition of the word "Thrashing", including some that have sexual connotations, but for this post I'm using the computer definition. To quote Wikipedia:

In computer science, the term thrashing is a colloquialism normally used to describe a computer whose virtual memory subsystem is in a constant state of paging, rapidly exchanging data in memory for data on disk, to the exclusion of most application-level processing. This causes the performance of the computer to degrade or collapse. The situation may not resolve itself quickly, but can continue indefinitely until the underlying cause is addressed.

To put this into layman's language the computer is trying to do more work than it has the capacity for and so is jumping from one task to the other so fast that it is spending more time jumping between tasks than working on tasks. Eventually it can get to the point that none of the tasks are completing and the system just grinds to a halt.

Wikipedia has suggestions on fixing this, the first of which is:

1. Increase the amount of RAM in the computer (generally the best long-term solution).

Again in layman's terms, this means increasing the amount of internal memory the computer has so it can work longer on each task before switching to a new one. Assuming the workload of the computer is not abnormal and that you need to run your mail program, a few browser windows, Excel, and Word at the same time, then this is the best solution. Get someone to put some extra internal memory into your computer.

At the moment I have this problem since my computer regularly starts thrashing, although I have to admit it doesn't do it until I start to run the Hunger Games Adventure game on Facebook. Flash games take a lot of memory. But it isn't really computers that I want to talk about.

If you are anything like me you have a tendency to overcommit yourself, signing up for a lot of extra jobs that if you were being sensible you would admit you don't have time for. Human beings can get into a state of thrashing just like computers, spending tiny slices of time on multiple tasks so that nothing ever gets done. But unlike computers, the solution given above does not work. We can't increase our capacity the way a computer can, and so we must use one of the other solutions that Wikipedia suggests:

2. Decrease the number of programs being run on the computer.

3. Replace programs that are memory-heavy with equivalents that use less memory.


Of course the most efficient answer is that you avoid over committing yourself in the first place, and only choose to take on tasks that you have both the bandwidth for, and which do the most to benefit you. 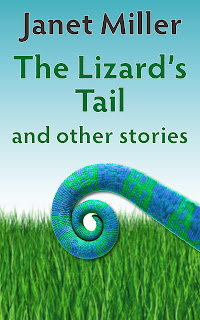 Unlike me, who, like the woman in my short story “The Woman Who Couldn’t Say No” is always saying yes to people who want her help. That short story is part of my short story collection “The Lizard’s Tail” which is available free tomorrow on Friday June 15th at Amazon: http://www.amazon.com/The-Lizards-Tail-ebook/dp/B0085HK71C

I hope you download this collection and enjoy it.

Oh in case you were wondering, I have now ordered a new computer with four times the internal memory and a much faster processor so I should no longer spend any time watching the machine thrashing even when I want to play the Hunger Games Adventure...

At least for the next couple of years or so.

Hi, Janet. Enjoyed reading your post. :) I think I could use more RAM.

Hee.... This is the kind of post I write when I'm overloaded and then suddenly realize I need a blog posting on top of everything else. I write about being overloaded.

You began with the word "thrashing". In my historicals, I use the word to mean beating.

I understand your computer woes, though. For me, they seem unending.