Recently I’ve been trying something new in promotion, the multi-author box set. It started when Mark Coker came to visit my RWA group and told us about an Apple promotion that his company Smashwords was part of, where they were soliciting multiple author box sets, collections of books by several authors with a common theme to be offered for 99 cents. I’m sure anyone who is on a mailing list for Kindle, or any other kind of ebook, has seen ads for these collections. They frequently have a 3-D cover like this one, making it clear that it consists of multiple authors. 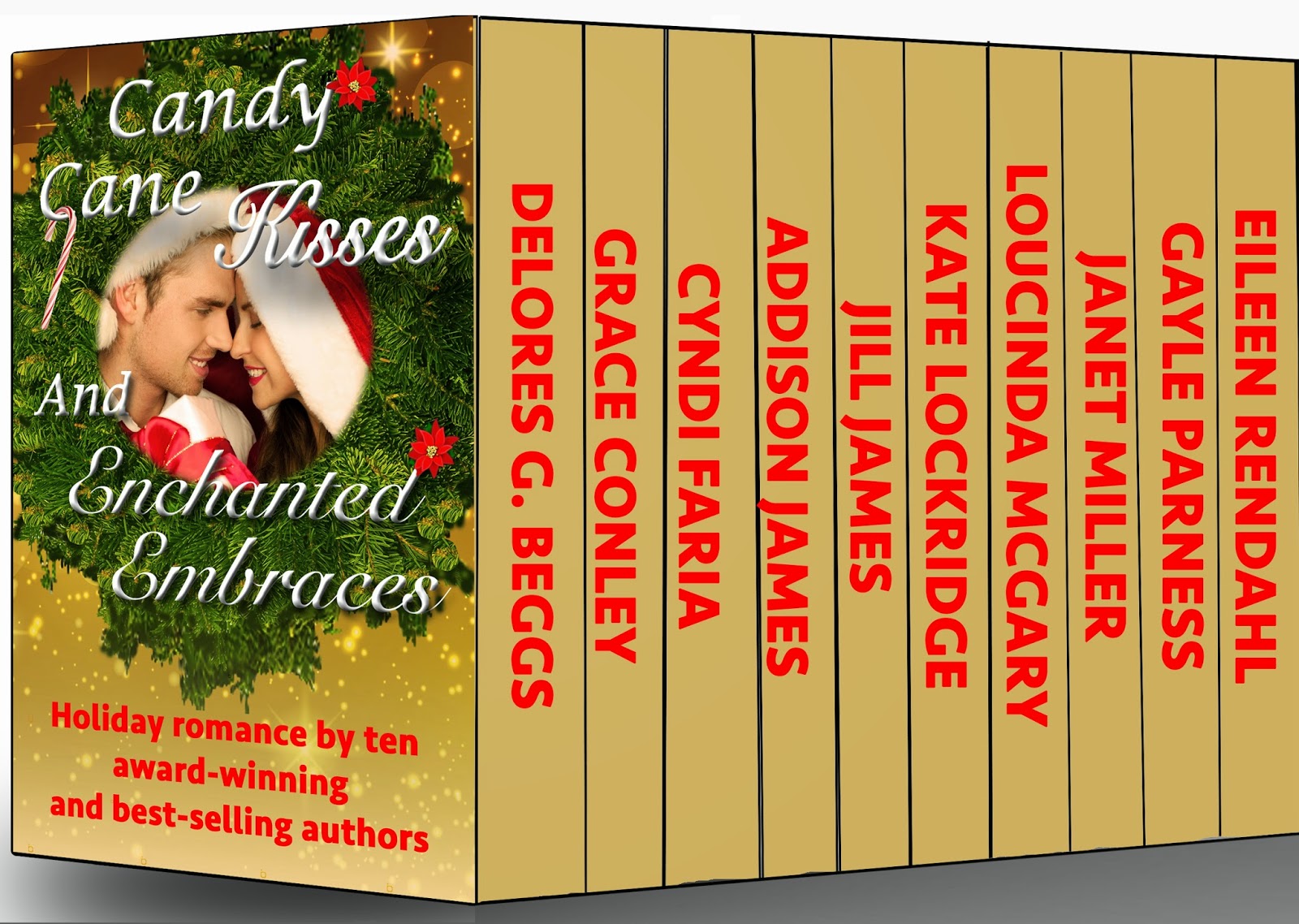 Obviously at 99 cents, particularly when split between large numbers of authors, this kind of project is not likely to result in a lot of money per person. What it is supposed to do is appeal to a large group of people, many, if not most of whom, are not familiar with your writing. In this way you should be able to pick up some number of new fans. Also there is the possibility of getting so many people to buy this bargain collection that you can actually get on one of the major best-seller lists, such as Amazon top 100, USA Today or even the New York Time Best-sellers list. Once that happens any author in the collection can legitimately add the title “New York Times Best-selling Author” to their cover. The last, of course, is the brass ring, and unless there are already a couple of NYT bestselling authors in the box set, the chances of it happening are pretty slim.

The USA Today list is a little more likely. In fact I checked today and found at #133 a box set called “Ten Christmas Brides” by Ruth Cardello, Nina Bruhns, Donna Fasano, Rebecca York, Helen Scott Taylor, Patrice Wilton, Mona Risk, Annie Jones, Alicia Street, Mimi Barbour. I recognize more than a few of those names, but there are a few on there that I expect will now be adding that USA Today Best-seller label to their accomplishments.

This is the reasoning behind taking a novel you are already selling and packaging it for sale with other authors for a bargain price. There is a slim chance you will hit a best-seller list, but you are very likely to get more attention. And since box sets are intended to be bargains there isn’t the stigma of “giving your book away”. Does it make sense if you only have one title out to put that in the box set? Unless you are building a name and are going to release additional books in the near future, probably not. But it can make sense if you have multiple other titles in the same genre. 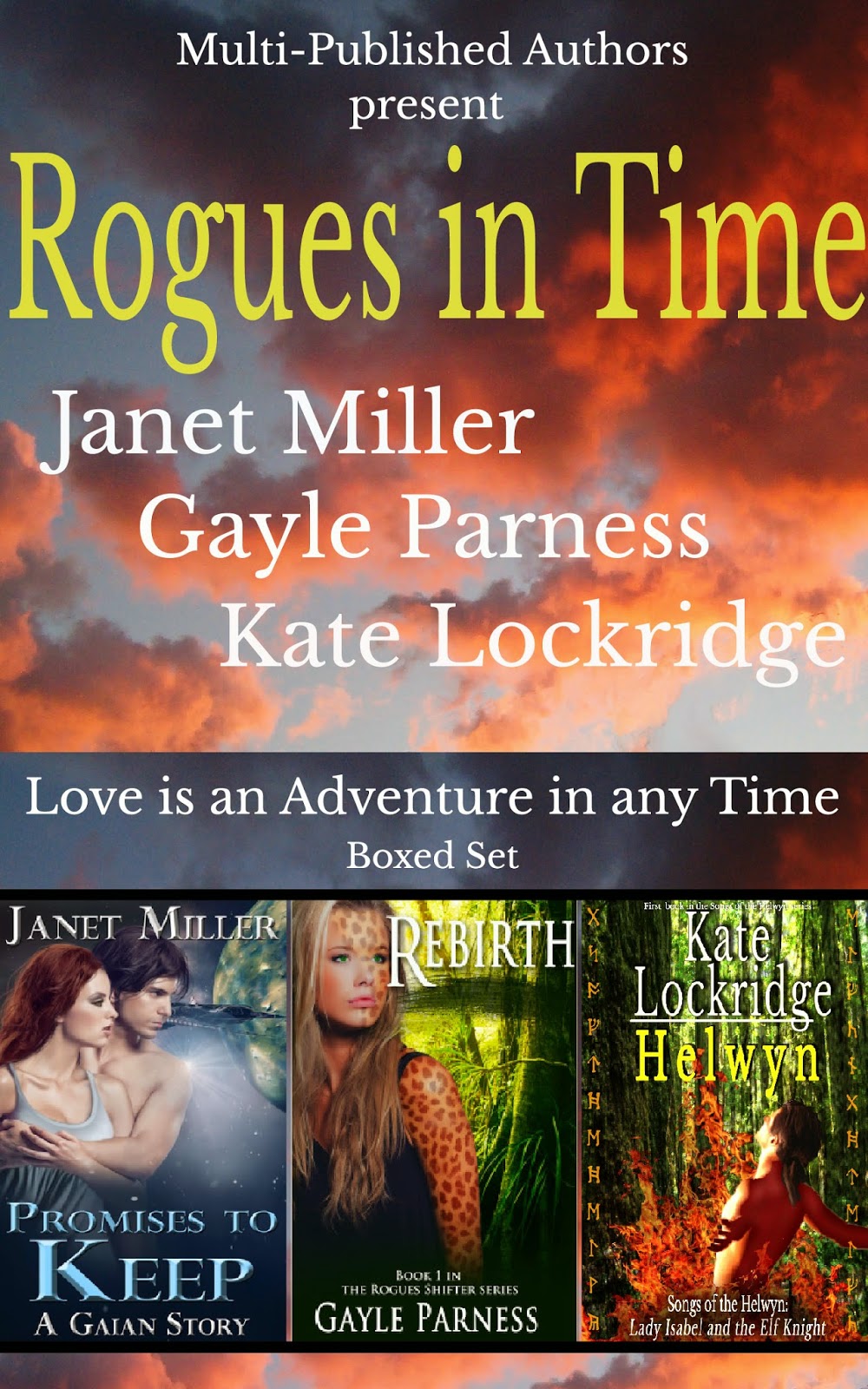 I’m currently in two such box sets. The first is the Apple promotion that I mentioned first. This was hastily assembled with two other authors who also had fantasy/paranormal romances. I added my futuristic romance, Promises To Keep, and we titled it “Rogues In Time” to link in that the stories take place in multiple time periods, the other two being distant past and modern day.

One of the other authors did the cover and formatted the stories together for Smashwords, I put together an author agreement to cover the length of time the box set was to be in existence, about three months, and we uploaded the book. It got into the Apple promotion, and we all tweeted out the news and mentioned it on Facebook. Sales are coming in, but our expectations at this point are pretty modest. Some of that is with three authors rather than 10 we aren’t quite as attractive as the other sets on the Apple page, and we got into the promotion somewhat later, missing the initial excitement. We’ll see where things are in January. 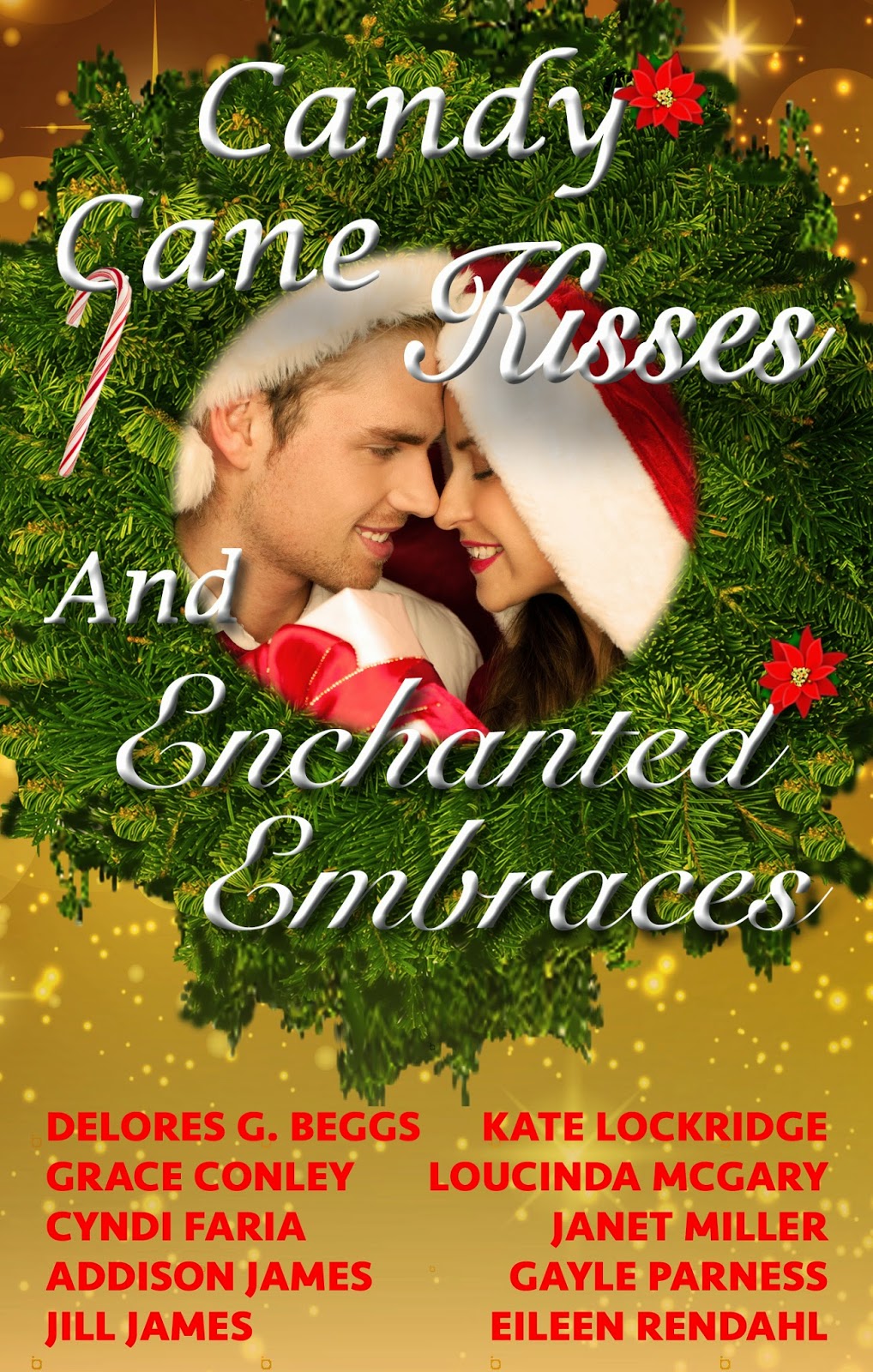 The second box set has been an interesting experience. First of all it is holiday themed, which is very timely. People buy Christmas and other holiday related stories at Christmas time. Always have, and very likely always will. This is a collection of 10 shorter works by members of my RWA chapter and some other local authors, primarily in the Bay area. I was taking a cover art class and used the box set as a class project so I needed a title to work with. The first title we picked was “West Coast Holidays” but we ultimately opted for Candy Cane Kisses as a more clever title. It got expanded to Candy Cane Kisses and Enchanted Embraces when we added several paranormal stories to the mix. I won’t go into a description of the discussions that were had over the title and ultimately the cover, other than it is interesting how ten different people can see the same project in so many ways. But we finally settled on the title and a cover that we could live with.

And now comes the promotion. It turns out that we have some very experienced people on the team who have run book campaigns in the past. Under their guidance a Facebook page was set up along with the designated hashtag #KissesEmbraces, which has been central in our promotion efforts. We have held a pre-order Facebook party, complete with prizes, we've created daily posts to the Facebook page for the box set, with themes like #MistletoeMonday and #FestiveFriday (the latter was my favorite because it was all recipes!). We even have a Grand Prize raffle that people can enter. Prizes are donated by the authors and we all chipped in some cash to cover the promotion costs.

This Monday, November 17th, is the actual release of the box set, meaning the links that are at the moment pre-order will become order buttons, and everyone who already bought a copy will receive their books.  Once more, we are having a Facebook party from 4:00PM to 7:00PM (I'll be there at 6:30 until the end) to celebrate, again with prizes and a lot of fun, so be sure to check it out!

I’ll let you know more next month on how the box sets are doing, as well as tell you about my other Christmas books. Right now I have to put together a Facebook post for Monday’s release party and find a picture to use. Never a dull moment when promoting a box set.

Cheers,
Janet Miller
Posted by Janet/Cricket at 5:00 AM

Well said Janet. Yes I am adding USA Today Bestselling Author to my signature, to my book covers, to my Book Descriptions, and everywhere I can. LOL I worked so hard to get it and fell it's well deserved.