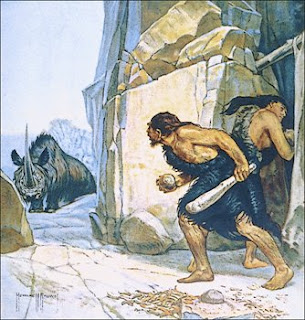 Have you ever done something so out of the norm, you know it will be hard to explain it to people? So instead, you don’t mention it. Unless somehow it comes up in conversation, then people can stare at you as if you have two heads. Well, I did and I kept it quiet at first, especially around my extended family.

Many of you are wondering what bizarre thing could I have done that would shock my family? Did I decide on a sex change operation? Maybe I decided to run off with the gypsies. I could have taken up hot air ballooning as a hobby or became an Elvis impersonator since I know all the songs. It wasn’t any of these.

I gave up television. Really, not just avoiding bad reality shows. By cutting off my cable, I even cut off the local channels. No television ever, sometimes I miss it. When I want to watch a movie, I can do that. The biggest casualty from lack of television I figured would be my daughter. She loves cable, especially the Disney Channel. Surprisingly, she found many other things to do such as ride her bike or paint. I found time to write, call relatives and cook. The family is certainly glad about the cooking part.

With the weather turning warmer, I’ll be able to walk the dogs and garden. With the even warmer weather, I’ll be in my pool or working on the landscaping. As for extra time, I have plenty to do with planning my trip to New York and scrap booking. Still, with all I have without television people tend to pity us as if we’re some primitive tribe.

My daughter and I used to eat in front of the television. Yes, I know how bad that is for the waistline. Now we actually talk to each other. She told me the other night that she actually like me. That wouldn’t have happened if we were both staring at the television screen.

Despite the positives, my mother worries I will be surprised by a tornado. I live by the fire department with their extremely loud emergency siren…there is no way I could be unaware. I live in a slab home with no real place to take cover, but I won’t point that out to my mother.

Strangely, not having television is freeing. I did have favorite shows that I would race home to watch. Now when I go out there is no television deadline that sends me racing home. Nor do I spend my free time watching all the shows I DVR’ed. The greatest benefit is that election season is coming up with all its scurrilous commercials and I won’t see a one. Just makes me smile thinking about it.

My rebellious ways have rubbed off on a close friend who recently turned his cable off. As the CSR asked him why he chose to go cable-less, he explained with gas at four dollar plus a gallon, cable was a luxury he could do without.

Are there any other television-free writers out there? Tell me how your life changed when you gave up television?
Posted by morgan at 12:32 AM

Good for you, Morgan. We haven't had a TV in our house for over eight years. Yeah, most people think it's odd, but we don't miss it. Well, except for once a year when the Westminster Dog Show is on. :)

I commmend your for doing this. I, however, have not. We live in the mountains and it is a long way for us to go for entertainment or shopping. I can say we don't have it on as much now, because as you say there are so many political pieces on and when you really look at what is available to watch, there isn't that much. Reruns seem to be taking over and all those reality shows leave me cold.

I have been doing a lot more reading as well. Don't think I could go cold turkey though. :)

I do DVR my favorite shows and watch when I have time. But I did give up daytime TV to have time to write. It is amazing how many hours there actually are in a day.

Dawn Marie,
It is good to know I am not the only non-watcher out there.

Paisley,
I would find myself watching these horrible talk shows on snow days and be somewhat ashamed, but it was a snow day. So I do understand about the trouble of getting out.

Jill,
Good for you that you were able to give up daytime TV. All My Children is going off the air, but I went off All My Children a while back.:) my sister kept up with it and nothing really ever changed. So I missed nothing.

Long ago I was TV-less and found all your statements to be true! I use TV as a writing resource, by recording a few drama series. During my lunch break--alone--I watch for good dialogue and observe characterization in action. I consider them research. Okay, I do enjoy the stories.
My husband wouldn't give up TV. He's an avid sports fan.

Sheila,
I have a friend who writes scripts and she uses television to jump start the process and see what topics are currently hot. So I can see why you and she both need the TV.:)Thanks for commenting.

I rarely watch TV, and I mean very rarely like once a month, but my husband does. When there are important events in the world, then I make time and sit to watch.

Sheila,
I'm raising my hand wildly. My daughter and I very rarely watch TV--just rented movies or the weather channel if we hear of an approaching storm. My DH enjoys watching TV and flipping channels at night, though.

Mona,
The television is controlled by other members in the household too. When I cut the cord, not literally, my daughter retreated to watching HULU on her computer sometimes. I have yet to miss it. My life hasn't slowed down enough to have an open space where I might have watched TV if I had it.LOL
Thanks for commenting.
Morgan

Josie,
You are a rebel. When I was a kid, we stored the television in a closet. We brought it out for Christmas specials and the walk on the moon.

I love that you always refer to your husband as DH (dear husband.) I am sure he is.