Reruns of Buffy and Angel 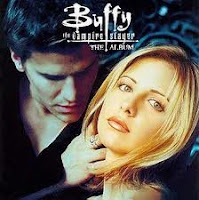 It is really bad to watch reruns of Buffy the Vampire Slayer and Angel. Joss Whedon created a magical universe with Buffy/Angel. The episodes are a reminder that it was television at its best. And writing at its best.

Whedon is a master at his craft. The character arcs are exquisite, the dialogue shining, and the lessons learned in each hour-long drama are seamless. Teaching a lesson without being preachy is a skill all writers need to learn.

I really enjoyed watching the shows with my teenage daughter. It was great to discuss the hidden lessons in each episode. It might seem like it was about demons, vampires, and monsters, but the true monsters walked among us.

One of my favorite episodes was about a boy using a potion Ala Jekyll and Hyde, but it was really about dating abuse. It was great to show young girls that having a boyfriend doesn't mean he owns you or can tell you what to do.

So, sometimes you can write one thing and mean another. Romance does this a lot. Many romances are based on fairy tales; Beauty and the Beast, Cinderella, or Sleeping Beauty. For example, Pretty Woman. It might seem like a Cinderella story when the prostitute is rescued by the Prince (rich) Charming, but the true tale is how she rescues him.

So, I'll keep reading romance, writing romance, and watching Buffy/Angel reruns to enjoy how its done.

What tv show or movie has taught you a writing lesson? What is your favorite fairy tale?
Posted by Jill James at 6:00 AM

Morning Jill,
Just yesterday I was telling a friend abut Buffy. He kinda sneered at me for admitting to watching Buffy, but I explained it was a much more complex show than most think and it is. Just think your destiny is to destroy what you love. Talk about conflicted. It works on so many levels. Great blog.

Hear! Hear! I, too, religiously watched Buffy. You could call the story a fairy tale of sorts with monsters (some vampire, others human). A teenage girl, gifted with special powers, doesn't have the power to save the man she loves.

Currently I watch the TV series Justified for the crisp dialogue, complicated character motivation and complex relationships. Elmore Leonard is the executive producer.

Morgan, I loved how he was the one thing she could never have. Their love was doomed, but so sweet.

Sheila, didn't know Justified was by Elmore Leonard. Awesome writer. May have to get caught up.

Hi Jill,
Believe it or not, I've never watched Buffy, but I've heard it's fantastic. Currently, I'm hooked on the old Star Trek series. The writing and characters were brilliant. I guess I'm an (old) trekkie.

Josie, I'm a Trekkie too. I loved how the story had a deeper hidden meaning you had to discover. How they were able to discuss racism, sexism, lots of ism's on tv at a time when lots was not discussed.

I loved Buffy and Angel,and another great show of Josh was Firefly. I loved that show and the movie that followed. Josh seems to have a pulse on the emotions of situations, wither it's in outer space or with a teenage vampire slayer.

That's what I want...a pulse on the emotions!!!