Who Holds the Power? 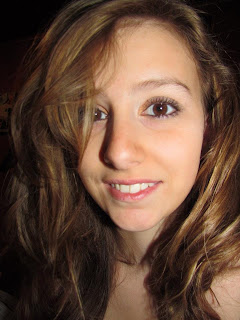 I have six grandchildren, ranging in ages from eleven to twenty-three (Yes, I am older than dirt). Last night my seventeen-year old granddaughter, known only to me as Sugar Dumplin’, IM’ed me. “Grandma, I’m SOOOO upset! (For your reading pleasure, I’ve shaved off the other twelve exclamation points.)

We spent the next two hours talking about boys and love. She was experiencing her first heartbreak—and mine was breaking right along with hers. I’m in southern Virginia; she’s in northern Indiana. Even so, I held her hand via the Internet and listened as she poured out her heart. Now, I know what you’re thinking. You’re thinking this blogpost is a call-out for voodoo spells and evil chants and hex’s. Not so. Grandma’s already Googled all of that—okay, maybe not.

During our online chat, I helped her progress from “I can’t live without him” to “I can’t believe he’s such a jerk-face!”


I told her we can’t make someone care for us. Either the feeling’s there or it isn’t. Don’t we, as romance writers, deal with that very principal?  We take that spark of attraction and flame it into a lifelong romance. Both feel the spark, no matter how each may fight the attraction.


I also told her no two people love equally. There’s always one member of a couple who loves more. To which she quickly replied, “The one who loves less is the one with the power, right?” See how smart my sugar dumplin’ is? I told her she was so right, and our conversation meandered on a philosophical path of humanity’s often twisted thinking.


Some say the young can’t know love. Perhaps. But they CAN know pain and emotional angst. Teenaged years with all those raging hormones are an era of extremes. Either they’re bored or everything is awesome or totally cool or whatever the hip phrase happens to be at the moment. As her grandma, my job was to listen, to empathize, to ask questions to spur her own thinking processes and to reinforce how important she is to me.

And, yes, I may have told her I would pray for a permanent case of zits for Zach. That he would be known far and wide as Pimple Boy. 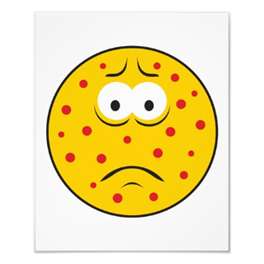 My job was done.


What are your thoughts? Does the person who loves the least in a relationship hold the power?
Posted by Vonnie Davis ~ Romance Author at 12:02 AM

I loved this post. Growing up is so hard and this brought me back to thinking of my courtship with my husband of 24 years. Oh the heartache but in the end it was all worth it.

Your granddaughter is one smart cookie and you are wonderful

Teenagers emotions run high all the time. A simple event could mean the end of the world to them. My eldest daughter was the queen of drama. lol

I do believe the one who loves the least holds the power.

Unfortunately, it's not realistic to have two perfectly matched people in a relationship, in terms of affection. One person will almost always feel more, but hopefully it is not a significant amount to matter.

When the balance is off. The one who feels more need for the relationship will be motivated to put more effort into it. Unfortunately, when the relationship ends, they are most likely the one to feel the most pain.

You handled the situation wonderfully. Your granddaughter obviously knew she could count on you for support. No wonder she called you.

Vonnie, unfortunately I think you're right. The one who loves the least has the easiest time to walk away without angst and heartache.

So sorry about your granddaughter, you couldn't pay me to be a teenager again.

Honestly, I've never thought about it that way. While no two people love equally, the idea that if I am the one who loves him more, then he holds power over me...that's foreign to me.

I do, however, recall what it was like to be a teenager. No WAY would I go back to those years. uh-uh. Nope.

In my current ms my hero can't say 'I love you' because he was raised by a father who told him it was not manly. It would give the other person too much control of their lives - it was a weakness. It's the problem that keeps them apart because she isn't sure of his feelings and won't marry him until he can say those words.

Sometimes I think he is right, because it is scary to show your feelings, especially during the teen years when so much is being thrown at you. I am like you - my children would dump their problems on me, I would absorb them and feel their pain, and then they'd be off happy as can be. You are a great grandma and she is blessed to have you in her life. Hugs!

Jill, I hated being a teenager. Too much insecurity and pain.

Karen, my sugar dumplin' is a bit of a drama queen, too. Yet she has a sweet and gentle spirit. She is an avid reader which pleases me.

Melinda, the road to true love is never smooth, or so the cliche tells us. Glad your bumpy road to HEA had a great ending.

Great post, Vonnie, and excellent advice to your granddaughter!

I never want to revisit those teenage years of angst over boys, who likes who, etc.

Of course, the one who loves least has the emotional power. Coincidently, I just read a book which used that concern as one of the obstacles between the main characters. Kaki Warner's historical romance PIECES OF SKY reflects that fear through the heroine's perspective.

Paisley, kids need to know they are so important to a person that the person--mom, grandma, aunt, dad, grandpa--will drop whatever and listen. So many kids don't have that stabling influence. No wonder they flounder. Thanks for your comment.

Sheila, thanks for stopping by, dearheart. No way would I want to go back in time. Being young ain't all it's cracked up to be. I'm not familiar with the book you mentioned. I'll have to check it out.

Vonnie, you are such a good grandma. It's wonderful that your granddaughter confides in you. I hope that when my grandchildren reach their teens they will still be able come to me. My kids always counted on me to help in their complicated love stories. Yes, I believe the one doesn't really love can walk away without the heartache the other faces.

Hi Vonnie,
Great post. What a caring and wise grandmother you are.
Liked you words of wisdom about the zits.
Regards

Definitely sad but true. :(
Out oldest daughter recently went through her first breakup. I'm pretty sure I cried as hard as she did. I wanted to take that pain for her, but as we all know, that can't be done.
I think she learned a lot from that relationship and the breakup. I hope so anyway. As I told her: If you didn't then he really was a waste of your time.
PS- Your g-daughter is beautiful!

Hi Vonnie! It's late here so I hope you get this post. While I do agree that in a relationship sometimes one person loves more than the other, I also think that the person who GIVES the most love holds the most power. To me, love is the ultimate force in the universe. And those that can give it freely are in tune with a power others fail to recognize -- and ultimately lose out on. The key is to give that love without losing your sense of self -- the part of your personality that defines who you are. It's okay to love without reservation, but a person must also retain SELF-LOVE, which I think often takes a back seat during those first months of a new relationship. Remind your grand daughter that it is a GOOD thing to offer love, as long as she remembers love for herself as well.

Mona, thanks, I love being a grandma. If only I could have been a grandma first. There's much less pessure and more fun. As teenagers, grandchildren are less judgemental of their grandmas.

Margaret, once I had her laughing, I knew she would be ok. Laughter is such a great stress reliever.

Jennifer, wouldn't it be nice if we could take on our loved ones' pain? I think that's one of the mentalilties of love: to spare our beloveds any pain.

Yes, Eleni is a sweetheart. Just as lovely on the inside as she is on the outside.

AJ, thanks for stopping by. I don't care how late it is. We're night owls here. I agree that one should always retain a sense and love of self. So often--I know I did in the past--we allow the color to drain from our souls so we can absorb everything from the perosn we care about. Then we become invisible.

It's true indeed that the one who loves least holds (most of) the power, but the one who gets hurt becomes stronger for having experienced it, don't you think? It's hard having to go through such suffering and heartache, but boy do we come out better off.

I have always felt that our emotional development grows more from hurting and learning, than from keeping our hearts closed and never letting anyone in. I suppose that vulnerability is something I've always believed in. I see it in myself and really cherish it (quietly - some folks would argue that you must protect yourself always and never let your armour be cracked). I think that some degree of vulnerability is an attractive trait in a partner. I guess the key here is for partners not to abuse said vulnerability, and that's only something that we learn with time.
Vonnie, your granddaughter is so very lucky to have a friend like you. It sounds like you wanted to call the guy a jerk from the first moment, but instead you listened, talked it through, and helped your granddaughter come to that realisation herself. Something we all have to do in love at one time or another.

Vonnie,
I am in the throes of 16 year old drama with my daughter. Believe me, it's daily.

Vonnie, I'm thinking you're one hell of a terrific Grandma.

What a wonderful, grandma, Vonnie! Wish I had had one like you when I was growing up!