I have a new book out on Amazon (soon to be everywhere) about a man who masquerades as a woman at a writer's conference to out a murderer. 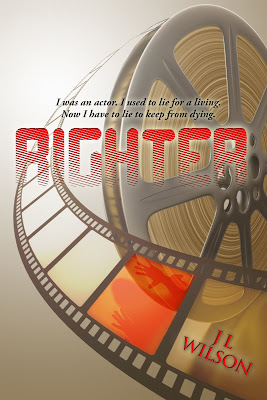 Oh, I had fun writing that one! Mick is a retired actor who is out to right an old wrong. In doing so, he manages to write a best-selling thriller about an old murder -- but it turns out the murderer is still out there, reading what he wrote -- what he wrote under his pen name, Micki.

Yep, he wrote it as a woman to protect his identity.

It's a lot of fun but it was a challenge. A woman writing a story in a male POV about a man who is undercover as a woman. Sort of Victor/Victoria.

Like I said: a lot of fun. That's my theme going forward (new beginnings, you see): I'm writing what I want to write, what's fun to write, and what strikes me as being interesting. I've done that mostly in the past, but I had a couple of books that I wrote because I thought I should (use those characters, use that plot). They didn't quite ring true.

So onward, to having fun again with writing!

Ooh, an exciting premise, JL. I'm glad you are feeling free about writing and having fun. (For some reason, I've always thought you were having fun.)

Wow, what a great ideal. There are a few men in RWA.

What a cool premise. As Mordan said, there are few men in RWA but the ones who are don't pretend to be women. I guess that is to throw off the murderer.

There was this Australian film from a while ago starring Hugh Jackman called Paperback Hero, where he's a long distant trucker who writes romance novels and suddently gets some fame... trouble is he wrote using the name of a female best friend so she has to pose as the actual author. Humor and romance ensues.