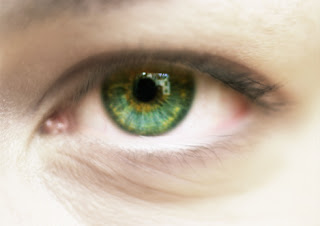 In Malcom Gladwell’s groundbreaking book, Blink, he points out that we make snap judgments everyday about the people we meet. In turn, we are type casted just as fast. In the time it takes to blink, we decide what a person means to us and if we will interact with them. This applies to first time scenarios. After you know a person, you don’t have to evaluate them every time you meet.

Gladwell traces our immediate summing up of people back to primitive man. A smart mammal avoids a threat whenever possible. It is better to walk away than engage in a battle you may not win. Just as true today as ten thousand years ago. The quick up and down glance also allows us to decide if we are in the presence of a prospective mate. Most women are aware that men often check out women’s breasts before even looking at their face. What gives? According to scientific studies, the man is responding instinctively to a primitive mating behavior. He is checking out the perkiness of the breasts to insure the female is still of child-bearing age. Why waste his time on a non-child bearing woman? Silicone must play havoc with those primitive responses.

Okay, I can half way accept this theory, but what else is going on in that blink of an eye? We decide if someone is a friend, enemy or of no consequence. Lisa Cooke, romance writer, explained it fairly well by saying, we decided in five seconds if another woman is someone who could be our friend or is a threat to our marital harmony. You know the type, a sexy siren, or just someone you feel insecure around. Yesterday, I walked into my usual hair salon for my appointment when I noticed a middle age couple sitting on the couch. The woman looked up with narrowed eyes and grabbed onto her man with a possessive grip. I knew she was declaring her man off limits. I sat down, pretended not to notice, and opened my book.

Secretly, I was ridiculously pleased that she felt I was threatening. Secondly, I wanted to tell her I have a perfectly wonderful man and I was not interested in hers. I did neither. What I did instead, was take her measure in those few seconds. My impression was that she was a very insecure individual who would assume any gesture would be a come-on to her guy, that’s why I immediately opened my book and began to read.

This action to typecast people in five seconds or less is a good thing, right? I guess you could call it first impression without words. Sometimes it is a very good thing. I walk my large dog every day through the city. When I saw a group of teenagers being loud and rowdy the next block up, I crossed the street since my immediate impression was to avoid them. On the way back, I noticed the police were wrestling them into a squad car confirming my initial impression. My snap judgment worked for me then.

When does that quick blink summary not serve you well? Those who fit some stereotypical image get typed without people even talking to them. A good example of this is school. Teachers dismiss students by their dress all the time as not being worthy of their time or an education. In schools where uniforms are required the alternative rockers gets the same attention as the preppy student. Often the students aren’t recognized out of school, though. Think about your stereotypes and you do have them, how are they limiting you?

An old friend hates blondes on sight. We’ve discussed this, even with me pointing out that we have a mutual friend who is blonde. I realize her dislike comes from the preference many men have for blonde tresses, to the point that they ignored her own dark, gorgeous self. I, on the other hand, distrust women named Peggy because every Peggy I ever knew took on some important assignment and did not deliver…and I had to clean up after them. I am making headway in my Peggy issues by meeting a better caliber of Peggies recently. LOL

Often if you can get pass the initial blink impression, you find people you really, really like. If I didn’t work with my current best friend, we would never be friends because my initial impression was she was TOO nice. Luckily, I spent five days a week with her and found out she’s funny and feisty. It amazes me how many people we dismiss in a blink of an eye.

My daughter on a recent outing to a Holiday World, theme park, attempted to sum up couples we saw standing in line. Sometimes she was perplexed by very unlike people standing together and wondered aloud how they could ever be together. My answer was online dating and the man was trying to prove he's fun and spontaneous by his choice of venue.

Can you sum up people in one glance? I’d love to hear your opinion.
Posted by morgan at 6:05 AM

Morgan, what a great post. So much of our behavior happens without us thinking--simple reaction.

I've been proven wrong with a few one-glace judgments. I admit sterotyping was to blame.

Sheila,
One of my co-workers I was afraid of when I started my job three years ago because of a wrong first impression. Now, I very much admire her. Thanks for commenting.

Morgan,
I have to check out this book---Blink. I've never heard of it but it sounds intriguing. First impressions are not always the best ones, at least, not in my experience.

What fantastic examples you have here. I don't know about the 5 second rule, but you've given me something to watch out for the next time I'm looking for characters to include in my story. Thanks for a great post.