When Sales Prompt a Sequel! 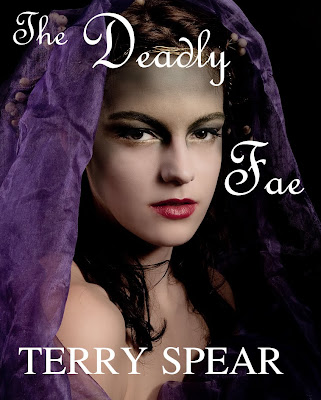 Because of popular demand, I'm working on The Deadly Fae and The Winged Fae, sequels to The Dark Fae. 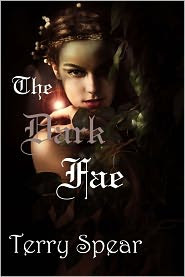 Alicia's always known she's different--that she can recognize the mischievous fae when they show up to "play" with the humans. Only now she's faced with one highly annoyed dark fae and she's certain he knows the truth about her. She can see him, which means her life is forfeit.

But it is too late for regrets. As soon as she threw the soda at the dark fae's chest, she had declared war on the fae. And he is happy to take up the challenge.
******

Oftentimes, I get a lot of fan requests for certain characters, which prompt me to write a sequel about those characters. But this time, the sales are just so phenomenal for The Dark Fae (70 to over 100 books per day at B&N alone), I'm inspired to write another couple of stories in the fae kingdoms.

In The Winged Fae, title may change:

We're back to South Padre Island in the opening...and one mischievous fae...

What fae would ever be bold enough to enter another fae-claimed territory (although humans think they own it), and believe she would not have to face the consequences of her actions?

An assassin royal winged fae of the Mabara Fae kingdom.

In The Deadly Fae:

Lady Sessily is a member of the Denkar royal house of fae, a dark fae, but she is an outsider in many ways. It all has to do with her occupation. She's a master assassin, only no one knows it, and she aims to keep it that way.

This time, she could easily lose her life, and to her utter annoyance, even her heart--to one mysterious man who is like no other!

***
I've written sequels to books and then not sold the original, so I stopped writing sequels! What about you? Do you write a series of books, or just have an idea and wait for the first book to capture the hearts of readers before you write the next in the series?

Or do you concentrate on stand alone titles?

Actually, even though these new stories in the fae series, are stand-alone titles. I like to be able to read books out of order myself, so I try to write my stories that way also. :) So what do you do? Or think about series and stand alone titles?

Terry
"Giving new meaning to the term alpha male."
www.terryspear.com
Posted by Terry Spear at 7:00 AM

Hi, Terry. Your success with self-publishing is amazing. Good for you! As to series, since I tend to read mostly series, when I write, I am always thinking about the next book in the series. After I wrote my first book, I immediately started the second book in what I hoped to be a series. Unfortunately, I haven't sold the first book. I've learned a lot since then and plan to revamp both books. I'm hopeful. :)

btw: Have you considered doing a workshop on how to go about self-publishing?

Hey, Dawn, I never expected for any of the books to take off like they did. I figured maybe in 6-9 months down the road. I never thought one book in particular would be so well received!So I'm delighted, of course!

It's good to do what you're doing on starting a series. You have just written the other. You have a love of the characters and the momentum to keep it going. Even if you don't sell for a while, I find it's wonderful to get a jumpstart on a new book. I've done that with several of my books, started sequels, then set them aside when the first book didn't sell. But now with self-publishing some of the books, I have the incentive to finish working on the sequel. :)

And like you said, you learn so much, I'm always learning, so you can go back and make them even better.

Yeah, I've thought about giving a workshop on self publishing. Several have asked me about it! :)

Terry--Congratulations on the sales for the first feary book. Of course you have to write more. Readers love your voice. I never wrote series. The one time he planed to do it and announced three books under Doctor's Order, I changed my mind after two books.

Thanks so much, Mona!! LOL about changing your mind about a series.

One of the things you have to do when you're writing any book, is figure it MIGHT NEED to become a series. So you HAVE to really love what you're writing about. If I hadn't with the wolf series, it would have been bad since I've written 10 and have contracted 3 more so far. I would have been struggling to write more instead of loving to write each and every one of them.

Some of what keeps them fresh is to keep writing about other stories that are way different from the wolf stories. It helps me to make each unique then. :)

I wrote a teen book once that will NEVER be published because my heart just wasn't in it. Why? It wasn't paranormal. I can write adult contemporary romance, historical, romantic suspense, romantic comedy that isn't paranormal, but with teen stuff, it has to have that essential element.

I didn't love the book. No one else would either. The idea of writing a sequel to it--ack!

So we have to love the books we write, always with the knowledge that editors and readers will want more. And this is definitely a GREAT thing!!! :)

Amazing Terry...You should think about that workshop. Only people who have experienced this know how it feels and knows how its done. I'm so happy for you. Shoot. I'm happy to know you.

It truly is amazing, Karen! If anyone had said this would happen to me, I'd have smiled and shaken my head. It happens to others, not me. So thanks so much!

But I really have to credit others who have come forward and talked about their success, or I probably would still be pondering whether to try it or not. I don't know if it will have a long-lasting effect or not.

Thanks so much! I really appreciate you for the ad in the magazine! It turned out beautifully! Thanks again!

Terry, I've taken a few of your classes, so I understand why you've been so successful. You put a tremendous amount of heart into what you do.

Congrats! And I agree with everyone about the self-publishing class. I think it would be great knowledge for all that get the chance to participate.

Thanks so much, Angela! I love teaching, just like I love writing! :)

I'll have to think about it. With working full time and having some short fused deadlines coming up...it would definitely have to be later! :)

But I will think about it and see if I could come up with a class. :)

Terry, congrats on your self publishing success! That's great. I'm a sucker for sequels and I enjoy writing them regardless, but I'm trying to write some more stand alone titles.

Thanks, Steph!! I would get so wrapped up in my characters, I couldn't let them go and galloped off to write more of the next story. But then when I couldn't sell them, I decided to start writing stand alones. :)

Terry,
I've written my historical manuscripts as sequels, yet each can stand alone.

Congrats on your self-publishing venture. Sounds like you're doing wonderfully well.

Thanks, Josie! I think it's fun writing sequels, but I do enjoy writing them as stand alone because so many start reading in the middle of a series, and that way they don't feel lost. :)