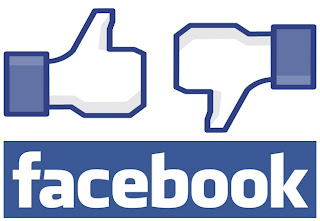 Recently, I attended a Bob Mayer conference. I highly urge all of you to hear him whenever he is in your area. The man does it all. He writes, runs a production company, conducts corporate and writing workshops.  He manages to get this all done by using a non-Internet connected computer. When he is working, he can’t surf the web or read all those posts with endearing photos.


I attended another workshop this week with another prolific writer, Chris Penszak. He joked about how much time he wasted by surfing Facebook. He banned himself from it because he had too much to do. Just that day, I wasted twenty minutes looking at photos on my time line. The average person goes to check their messages and wastes anywhere from one hour to ninety minutes on the average. It really doesn’t seem that long either, but it is.


In reality, you gobble up about ten hours a week on Facebook, and that’s when you’re not posting, liking messages, or even forwarding items you want to share. This is writing time. If you’re like me it seems like your free time is gobbled up by everyday errands, volunteer activities, household duties, and even unexpected illnesses and household guests.  Do you have ten hours to spare?


This is time spent away from the people you love. My mentor, and all around wonderful person, Vonnie Davis, suggested doing emails, posts while watching television with my husband. This allows me to get promotional activities done while still spending time with my new husband. Of course, he points out that sometimes I do watch the show. My multi-tasking tasks skills need work.


Facebook is a strange plea for attention. I noticed I have check-in on my cell phone. People who intend mischief or robbery love it when you check in. I recently bought my honey a new iPod on Amazon. They wanted me to post news of my purchase on Facebook. Okay, let’s list everything I have of value for the opportunist scanner. Later when I check in at Paneras to meet my friend, Jill, he’ll know I am not home. (Of course, I never check in or list my purchases.)


Facebook is the cause for one-third of the recent divorces in Britain according to legal records. It has become the other woman. Old lovers trying to get contact with a previous date or mate can cause conflict at home.  Folks looking up high school sweethearts spur jealousy and arguments. Maybe you just wanted to see if the quarterback you drooled over is bald now. Often a malicious ex will leave provocative messages that give the appearance something is going on.


The old joke is the real reason a person has a Facebook account is to stalk exes. To make sure they are miserable or at least hook up with sub-par people. This type of behavior doesn’t exactly invite closure and is a tad creepy. Of course, there is the ex who won’t go away. Who feels the need to contact you just to let you know he’s still around, despite the fact you’ve moved on, and married. Reminds me of the Adele song where she turns up uninvited on a former lover’s doorstep to catch-up. Facebook gives potential stalkers the ability to catch-up online.


Limiting your Facebook doesn’t limit it as much as you might think. My students notice any Facebook status changes I might make. They are not my friends, and yet they can and do view my photos.  My husband had a strangely persistent ex who became very interested in him when he started dating me. She managed to comb through all our pictures, even though she had been defriended. I got a new friend, Charlie, from Arizona that I neither knew nor invited. I’ve had my husband and daughter both go over my privacy settings and are unsure how Charlie came in.


Workshops tell us that we have to promote using Facebook. As you all know, Facebook recently went public, but the stock price never even came up to the initial prediction. Four out of five FB users have never bought a product or service as a result of advertising or comments on the social network site according to a recent Reuters poll. I actually know no one who has bought anything because of a Facebook ad.

I have bought books because of likes on Amazon. I have bought them after reading an excerpt on a blog. I've also bought another book after reading a free book by the same author. Reviews have influenced me too. I've never bought a book from a Facebook ad, though. How about you?

That's why sometimes I write by hand. Leave the computer behind and just write scenes. I can get so much more done!

Morgan, my husband and I have our desks facing each other, so we can talk from time to time while working. He faces the TV. I have it on my side. I turned my head to look at it only if he points something interesting. It's difficult to do so much and maintain a social life. But it's important to leave the computer behind and go out with the DH.

Uffda, going offline is something I need to do more. And I need to silence my phone so I don't hear every time a new email comes in. Thanks for the post--good reminder!

Terry,
You are so right about writing by hand. I used to do that in staff meetings. People hated me because they thought I was actually taking notes, including my boss. :)

Mona,
You are a role model for me the way you refer to your husband as DH, and how you manage to do it all.

Misty,
My dog is actually jealous of the laptop. Last night he slept on it to prove he was dominant I think. I find that very telling. Thanks for commenting.

Yours is the second blogpost I've read today about this very subject. How important is social media? Does it help sell books? Or do we need to reduce the time on all these things and more time writing? I vote for the later. Besides, writing makes my soul happy. Facebook and twitter make my eyes twitch. Great blog, hon. Well done.

I always need time to write, especially because I will edit out entire chapters. I want to be Jane Porter, and have someone else do all the promotion. :)

Great post. I've never understood why 'they' think it is so important to use the social networks all the time. I oftentimes forget to check mine and still don't do Twitter because it seems even more of a drain. There never does seem to be time for everything we are required to do.

Morgan,
Bob has the right idea if he's working on a non-internet computer. Facebook, Twitter, email, etc., gobbles up loads of my writing time. I'm aware of it. Now I just need to do something about it.