Compromise and the Writer

I’m really curious to know what writers and readers think about this topic. I have no answers, and after writing for fifteen years, I’m no wiser. 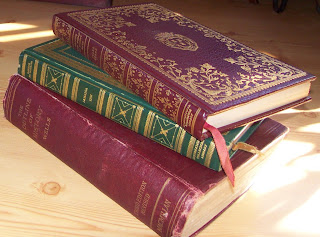 Each time I get an idea for a new story, I’m reminded that the idea may not be “bankable”. That is, that the idea has no commercial merit. For most writers, that’s a death knell and while they may play with the idea or even write the manuscript at odd hours of the night, they don’t consider it to be important to their career as a writer, because to have a commercially viable career, you have to compromise nd write what will sell. Your manuscripts have to have commercial merit. As one writer put it: you write your first draft for yourself, i.e. something that you’d like to read, then you scrap that and rewrite it for your target audience.
My reaction, “Huh?”

Sure, I understand that unless you are writing literary fiction, there are certain things you have to do to make a book viable. Things like having an actual plot and interesting characters. But that’s what confuses me. I mean, if you’re writing your first draft for yourself and it doesn’t have interesting characters or a plot, are you going to like it? Come on, you’re a reader, too. So if you write something you—as a reader—would like, then what the heck are you talking about when you say, “rewrite it for your target audience”?

Should that rule be: write what you like to read?

Perhaps. But even that’s poor advice if the stuff you like to read isn’t currently popular. Or it hasn’t been published for say, a hundred years or so. I know a lot of writers have encouraged me to write what is popular (e.g. very sensual romances) in order to get bigger contracts with the huge conglomerates in New York and get all that great prestige and money. (I’m published with smaller presses who seem more open to books that don’t fit current trends.)

But then I think…okay…except…I don’t read any of that stuff, because I don’t like it. So it’s really hard to write something you can’t even stand to read. I’d rather just not write than make that kind of a “compromise”.

It’s sort of like—if horror didn’t sell anymore—telling Stephen King to write medical romances. He might be career-oriented enough to shrug and do so—I don’t really know. Certainly all my other writer friends have not only sucked it up. They’ve gone ahead to write things they may not exactly like—or at least that’s what they say. But the thing is, when I ask them what they are reading, the answer is: they are reading pretty much the same things they are writing, and they love the books. So-in fact, they are writing what they love to read. (Please note that in my example, I’m assuming Stephen King isn’t actually sneaking off to the closest to read medical romances. If he is, well, then it’s a bad example.)

In the end, I don’t think writers are really making the huge compromises they “say” they are making to produce saleable manuscripts. Mostly because on some level, they like what they are writing well enough to read it for pleasure.

Maybe the seemingly conflicting advice of “write the story of your heart” and “this is a business, you have to compromise to publish” isn’t conflicting at all. I don’t know. And maybe it is true that those who won’t compromise are prima donna babies that won’t get published. Maybe.

But I think the real advice is: Write the story of your heart and edit it sufficiently to make it publishable.  And that advice it breaks down into two paths.

1) The Stephen King/J.K. Rowling path. Write the story of your heart and make sure it’s the best story ever written. I’m sure there were “compromises” made during the editing of these brilliant author’s works, but here’s the thing: they did not compromise to the point of writing a story they wouldn’t ever want to read, or to fit nicely into an existing genre. They pretty much re-invented their genres. (Horror and fantasy existed for many, many years before these writers—they just caused the relatively small genres to surge forward in popularity.)

Of course, how many of us can claim even a particle of their talent or brilliance?

The downside of this approach is that very few writers can get the story of their heart published, for a variety of reasons, mostly having to do with the lack of an obvious marketing niche that agents and editors can identify to make a success of the book. Sad, isn’t it? But that’s what the world of ebooks is all about, really. You may not get rich, but you might find one or two readers who like your story.

2) Genre-first Writers. Write the story of your heart, put it in the drawer, and then write a story to fit specifically within a popular genre so you can sell it. The grown-up writer. The writer who knows that writing is a business and that means that the work isn’t always going to be fun, and you aren’t always going to be able to write what you want , so just suck it up and enjoy the money. 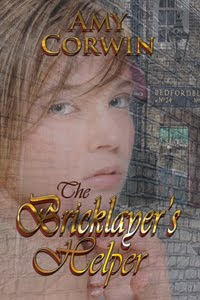 Hmmm. While I’m no King or Rowling, I guess I’m not a grown-up writer, either. Because I don’t see the point in writing what I wouldn’t read if you paid me a million dollars. Although, if you paid me a million-and-one dollars, told me I could retire, and promised I would never have to read such a book again, I might agree.  I might even write one, although I suspect I’d never write another word.
Which would be a shame.
In the end, I love to write too much to stop, and too much to write things I would never read. And I have sold. In fact, The Bricklayer’s Helper, my second Regency romantic mystery released by The Wild Rose Press.
So maybe there is still hope for us prima donna babies.

Brava, Amy! I read and write contemporary romance. I've been urged to switch to paranormal or suspense. But, why would I want to write what I don't want to read? I'd suck at it and never sell anyway. So, I'm stockpiling my manuscripts, ready for the day contemporary stories return to greater favour.

You have to write what moves you, regardless of what the trends say. Everything seems to cycle back around anyway. If it doesn't move you, the writing will be flat and it won't move anyone else. Funny how what one publishing house says won't fly can find a home somewhere else.

I don't believe in writing for the market, because it's a moving target. The market is constantly changing. Who's to say the book of your heart won't be tomorrow's market niche? Write what you love to read. I promise you won't be the only one who enjoys reading it.

I love to write, too. I've also heard not to write for the ever-changing market.