Black Friday on the horizon

The term Black Friday has several meanings. Wikipedia identifies this coming Black Friday’s origin as the beginning of the period in which American retailers go from being in the red (i.e., posting a loss on the books) to being in the black (i.e., turning a profit). I imagine it is probably known worldwide via movies and American TV shows.

My new manuscript begins a few days before Thanksgiving in the United States. Originally, I hadn’t planned to use Black Friday in my story, but as I wrote this blog about the opening salvo for non-stop Christmas shopping several fun and interesting twists came to mind. This is the one American shopping day we either love or dread, depending on your point of view. I’ve fallen into both camps over the years.

In America Thanksgiving Day is always the fourth Thursday in November. Across the country extended family gathers to gorge themselves on food. Hey, it’s a tradition. On Friday morning your rise early, stare at either a whistle-clean kitchen or mountains of dirty plates, utensils, pots and pans, and ask the burning question. Do I dive into the rapids to snatch up those fantastic doorbuster deals or sit it out on home shore?

If you opt out you miss the camaraderie of several friends or family members going shopping on Black Friday. For many American women this is a long-held tradition, the same as roasted turkey on their Thanksgiving Day table. Granted, you’ll suffer the jam-packed parking lots, buses, and subway trains, elbow to elbow shoppers and long, snaking checkout lines. We won’t discuss the jab and grab shoppers who literally steal the last hot buy you almost took off the shelf.

Two of my best Black Friday shopping memories occurred at opposite coasts and very different environments.

In Manhattan I experienced the ultimate shopping venue, Macy’s at Herald Square. November in New York requires warm hats and gloves, heavy coats along with a scarf to fight off the icy wind.

As most people know Macy’s sponsors the televised Macy’s Thanksgiving Day Parade, which is a great way to prepare for tomorrow’s shopping day. On your feet! 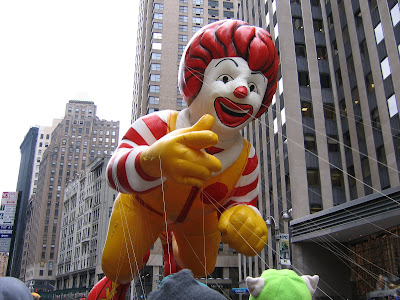 The day after the parade my friend and I crowded into a subway train packed with like-minded shoppers. We entered Macy’s through a “side” door to avoid the front entrance crush of people. 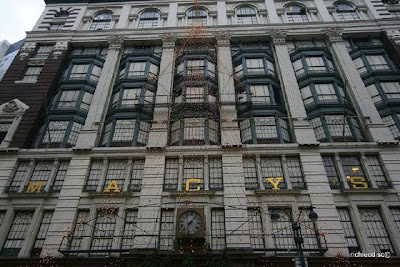 This grand dame of department stores, touted as the world’s largest, still uses the same old wooden escalator, only one person wide. I had visions of the classic Christmas move, Miracle on 34th Street, and expected to find Maureen O’Hara any moment. My friend and I did leave by the front entrance around four p.m. Coming down that escalator to the first floor was a shock. An avalanche of people wedged toward the Up escalator, herded by Macy employees. Not a foot of empty floor space was visible. I’ve never witnessed this many people at my Macy’s back home. Maybe at a discount store like Target, but not a department store.

On my home turf, the west coast, my favorite memory of Black Friday was the year a gang of girlfriends and I packed into one SUV. Here the dress is typically long sleeve tops and jeans. Temperatures are normally in the sixties with sunny skies. We hit every discount and department store we could in an eight hour shopping marathon. I admit we did stop late in the day and grab a quick lunch. An important part of the ultimate shopping spree is the chance to sit down and share your best buy stories over a cup of coffee.

Whatever your Black Friday plans I wish you a Happy Holiday season.

Posted by Sheila Tenold at 7:30 AM

I'm glad you have your memories, Sheila. I, for one, do not like shopping on any day of the year and would find Black Friday a nightmare I am sure. I can't wrap my mind around fighting from finding a parking place to the crowds to dealing with over-worked clerks.

Can you tell I live up in the mountains and rarely, if ever, enter a mall.

I hope anyone who does go out on Friday has fun and finds all the items they search for.

I live in a small town, Paisley,so I have to make an effort to mall shop. I'd prefer to buy locally-made items.

I envy you living in the mountains. I've always dreamed of having a cabin on the edge of a forest.

Sheila, I have never experienced Black Friday, although I have done a few of those pre-dawn sit-ins to get a Nintendo Wii. LOL

We are doing Black Friday this year for the first time and I'm really excited to experience it as a newbie.

Good Luck, Jill! I'm still on the fence about venturing out this Black Friday. Knowing myself, the siren call of grabbing a sale item will probably win out over the sanity of staying home.

More importantly, I get a kick out of observing the shoppers. Maybe I'll overhear a conversation I can use as dialogue in my current WIP.

The wildest Black Friday I had was when the people stormed Target, running down the aisle like a herd of rampaging wildebeast. I literally hurtled a counter to get out of their way. I was grateful I was in shape enough to do this.:) I also went home with a stereo system that was passed down the line. I just happened to be at the end of the line.

That's hilarious, Morgan! Black Friday isn't for sissies. It's scary when you're caught up in a mob. Being fleet of foot is a definite prerequisite.

Sheila,
When you blog about Black Friday, you're playing my song.
I missed it this year as we were visiting family in NY, but I'm ready for Cyber Monday.