Give Yourself Permission to Write Poorly 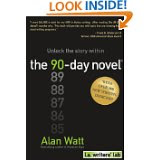 I've been reading THE 90-DAY NOVEL by Alan Watt. The title appealed to me because I wrote Storm's Interlude, my debut novel, in ninety-days. I had no plan, no outline and no idea where the story would lead. All I had was a bizarre opening scene--a naked man cresting a hill, wearing nothing but a cowboy hat, hand-tooled boots and a go-to-hell sneer. It was my third attempt at writing a book, and believe me when I say the first two will never see the light of day. They are too bad, too sick, too "head-hopping" awful to rework--and I've tried on several occasions.

I'd outlined the first two books, edited and tweaked until there was no spirit of me left in either one. In short, they stunk...stank...and were downright stinkin' putrid.

So with Storm, I gave myself permission to write whatever flowed into my brain. As Alan Watt suggests, I held my story loosely. I allowed it to take me, instead of me taking it. 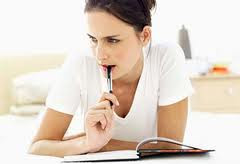 The author mentions that we live in a left-brain society. We've been trained to second-guess ourselves, to be more interested in the result that the process. We're not encouraged to be curious. Yet, how often in our writing process do we ask ourselves, "what if?" What if this happened? And then this? No, wait! What if both happened? Then what if...

So, I ask you. What if we wrote random crap as a way to get to know our characters and their world?

Watt says, "When we drop our pre-conceptions about what good writing is and we give ourselves permission to write poorly, everything changes. Permission to write poorly does not produce poor writing, but its opposite. We become a channel for the story that wants to be told through us. Rather than impressing our reader with our important writing, we can impress with out willingness to be truthful to the page."

I've been working on a novella the past two-weeks. I'm half-way through chapter two, having rewritten chapter one so many times, it's lost part of its charm. Me thinks I'm slipping into old patterns. Starting tomorrow, I'm following the advice given in the book. I'm moving ahead, writing crap and ultimately allowing my characters to have their way. There's a scene that's been revealed to me. I can see my hero standing in the doorway, his lower jaw shifting and tensing as he battles with old hurts. I can sense his emotions and see his rigid body. By golly, if I have to write crap to get to that scene, so be it.

How about you? Do you give yourself permission to write a dirty first draft? Or do you, like me, fight the urge, that inner-editor to fiddle and tweak and edit before moving on to the next scene?
Posted by Vonnie Davis ~ Romance Author at 2:09 AM

I'm a uber-critical self-editor as I write, too. And I should stop. Great post, Vonnie!

Vonnie, it's the 'keep writing...to discover what I want to write about' process that is my greatest source of enjoyment. Every morning, I'm excited to see what gets typed. I dare not call this crap, because the free-write produces some great stuff. When I read it the next day, I do the judging/sorting of it, then I move on to write some new stuff, saving the judging of the newest portion for the day after. Yes, I might write myself into corners, but I know tomorrow morning my mind will find a way to get out of the corner, and I can't wait to see how I do it! Fun!

I try to turn off my internal editor, Ana, but the urge to read over the scene once more time, just to see if I can make it better is hard to resist. I'm a weakling. LOL

I envy your freedom, Rolynn. I can do it part of the time...then again... I'm going to lean more toward your writing process, I think. So often it seems like I edit out the charm, the characters' essence and end up with stiff prose. Then, I work to edit it all back in. I drive myself nuts!!!

I wrote Soul Mate Search an almost 70,000 word novel in less than 30 days. It was a book that fiercely wanted to be written. I haven't the guts to edit it yet. LOL