By Paisley Kirkpatrick At last all three of the Benjamin sisters have a book of their own. Released early, Forever After hits the ground at a full run. The youngest sister, Marinda, is left to clean up the mess her two sisters fled from. Life is tough, but she manages what fate tosses at her until she meets the magnetic doctor, Ethan Braddock. Is he the man she's been waiting for? Nothing but the forever-after kind of love will be good enough for her. Abandoned by her sisters and with her father in jail, Marinda becomes responsible for the care of her ailing mother the best way possible -- working for an unscrupulous man with the power to crush her. Forced to spy on a decent man, Marinda's honesty saves her virtue and revenge restores her self-respect. Miranda knew her life had sunk as low as it could go, when she'd become nothing more than a poker chip to the evilest man alive. Who knew becoming the prize in a losing poker hand would be just what her life needed. When Ethan Braddock discovers his brother's poker pot cleaning his private office, he jumps to the right conclusion -- she's there to spy for his nemesis. Ethan can't help but find her irresistible. In spite of what his heart tells him, his brain reserves judgment on her character. Until he unravels the mystery of her connection to Danforth, trust is the one thing he can't allow himself. For that, she'll have to prove herself. 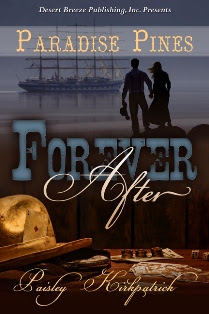 Thank you so much, Ana. It sure is fun to see a new baby released into the world. :)

Thanks for the good luck, Dawn. I hope the story does well. :)