Writers are always on the lookout for new material, whether a new premise or an unusual type of career. Here are two examples which piqued this romance writer’s imagination. One is remarkable line of work, the other one is what most of us would consider a fairly ordinary job.

I took my extended family to the Ojai Raptor Center. Working with birds of prey is definitely an extraordinary occupation. The staff rehabilitates rescued birds so they can be released back into the wild. However, some of these magnificent creatures cannot be set free. 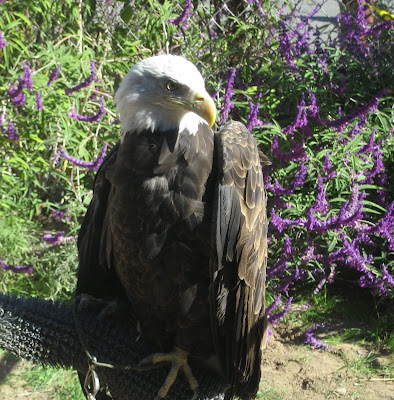 I was enthralled watching a bald eagle perch on a skilled handler’s gloved arm. The man said it took a year to get this particular bird’s trust. Found on an Arkansas road, he ended up in California. Hitch’s injuries prevent him from surviving in the wild. 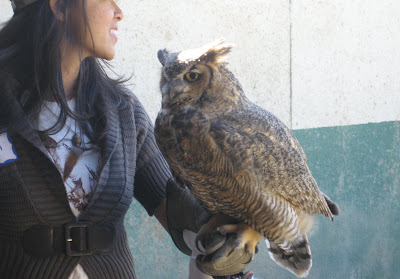 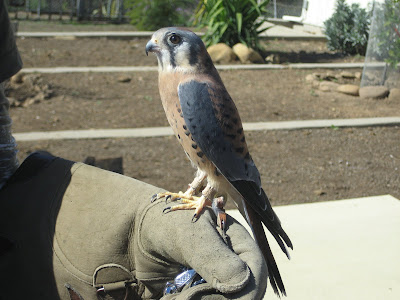 Other birds have been humanly imprinted. All raptors have sharp talons, not something you want to experience firsthand. A pair of young kestrels who fell from a nest were later released by some foolish people. One landed on a shocked shopper’s shoulder. I learned that even a few days in captivity, fed by humans, can disrupt a bird of prey’s ability to hunt for itself––or to fear humans.

As you see I’m fascinated with this line of work. Who wouldn’t be? The wheels are probably turning inside your head. Raptor handler as a protagonist? Definitely a strong character. One who would capture the reader’s empathy. Everyone admires those who lend a hand to the creatures in our world. 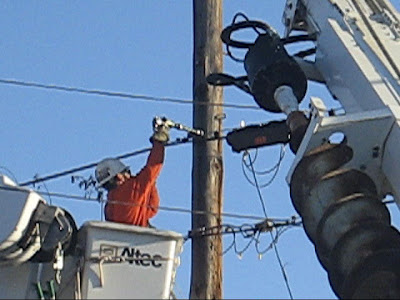 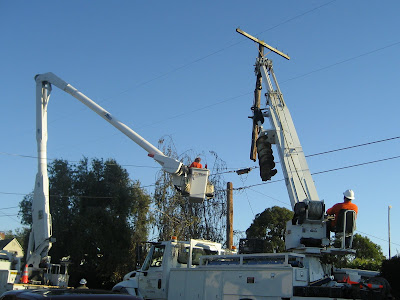 Women admire physically competent men, and one who works in a dangerous field—high up in a cherry picker or attached by his belt to a forty-foot pole¬––grabs your imagination. I developed a few scenarios around a team, multiple stories of their lives and the women who ultimately fall in love with each of them.

Story ideas and imaginary characters pummel us everywhere we look. I have a difficult time keeping them inside a folder once I jot down the initial idea. They resurface again and again. Staying focused on the hard work of completing my current story is a true challenge. It’s always easier to start a new one, isn’t it?

Happy Thanksgiving to our FTH members in the USA!
Posted by Sheila Tenold at 7:30 AM

Great post, Sheila. Interesting careers make for intriguing settings.
And you gotta love men who work outdoors. They're strong, practical, hardy. When I was young, often they were the whistle at girls type. Thank God that's non-pc now.

Hi, Shiela. Glad to hear this adventure happened in Ojai, very close to my home. I'll check out the Raptor Center!

I AM one of those women who loves a man who worked outdoors as a lineman - fifteen years he climbed those poles and only fell off twice. :( When it stormed, he was out in the elements working to get the power back on. The wildest night was out at the ocean, on the pole with winds blowing 70 MPH. He is retired now and just smiles when he sees those storms. Appreciate you appreciating them.

Just imagine if you could see them up on the utility pole, they could see a long way and the stories I did hear. People can be very silly sometimes.

Sheila,
I agree that beginning a new novel is daunting. Especially when I near the sagging middle and I plot myself into a writing corner.