Stuck in a rut?

Without trying...have you found yourself and by default your writing stuck in a rut?

I recently finished a short novella, and at this moment it is in the hands of my trusted critique partners for their much needed evaluations.  One of my critique partners sent me a comment after reading the first few pages saying that this new piece felt a lot like one of my pieces from two years ago.

I had to take a quick look at my two stories because I don't really outline (I jot down story structures, but not full-blown outlines) there could be the possibility that something overlapped. 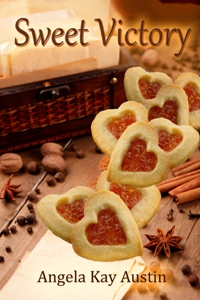 In one story--Sweet Victory, my heroine relocated from one city to another, she quit her job, and rebuilt her life by reconnecting with her family and starting her own business.  In the other story--no cover art, yet :-)--the heroine relocated from one city to another, hadn't worked since meeting her husband, and was now faced with finding a job which she did, but it became complicated by the fact that unknowingly she'd slept with the owner of the company after one night of partying and club hopping.

No one else pointed out the similarity, but the initial opening of the story is what caught her eye, the heroine relocates.  Of the other pieces I've written, I've had characters relocate for jobs, college, or just to runaway. I tend to use cities in the Mid-Atlantic or Southern regions because I love those areas.  But, now with this new revelation, I'm thinking...wow, am I stuck in a rut.

The characters never feel the same to me, and the stories don't read the same, but as a rule for me one reason I don't like to outline is because I like to let go as I write, and see what happens.  So, is this what happens...my heroines relocate in order to have self-discovery of some kind.

I remember reading something somewhere where the person interviewed was either an editor or an agent, and they discussed one of their clients who seemed to have a story format that fell into Asian woman falling in love with White male (Western world) set against a historical background.

Regardless of which genre you write, if you analyzed your plot and really took a look at your hero/heroine do they have similar traits from story to story?  And how do you stop it?

For my wip, I'm trying to decide if removing the relocation piece of the story will weaken the story.  At the moment, I think it will because it's a part of the reason my heroine is isolated.

Angela,
I've never thought about this before, but now that I look at this, my stories always have a recurring theme. I write about the Romany (Gypsies), always in historical settings.

Yes my heroines have a lot in commom, so? Their stories are different. I don't think it matters if your stories have heroines relocating, it doesn't mean they later live the same life.

Josie, gypsies...sounds interesting. I am originally from the south and I love writing stories about many of the things I think were great about the south. Not that they don't exist in other areas of the country, or in other countries. Putting my heroines in the south or giving them southern roots helps with that.

Mona, I think you're absolutely correct. But, what I want to be sure to do is give them unique enough experiences that even if they familiar...they different from each other and as you said they are living different lives.