Juggling too many balls this month

I barely have time to take a deep breath this month, so that means I won't have a cohesive thought to blog about.

I know in a week or two life will ease up, but right now, I'm overwhelmed. I'm so overwhelmed I had a book release and I haven't even mentioned it anywhere.

That's what comes from having to work for a living!

Anyway, here's my book. It's called Righter because the main character (Mike) is a writer and he's out to right an old wrong. He's a retired actor and he's going undercover -- as a woman -- to a writing conference to out a murderer and find the man who assaulted an old friend.

It's a male POV book, so it was very Victor/Victoria for me: a woman, writing as a man, who's pretending to be a woman.

Challenging but fun to write. It's on Amazon right now and will go into wider distribution this summer (and will be free in May).

Now on to my next crisis! 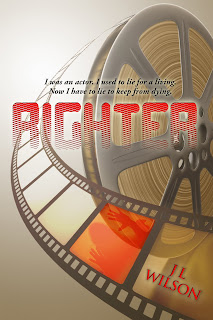 I love the writer-righter pun, JL.
You are so impressive--you finish book after delightful book while working a day job. I should be so productive!