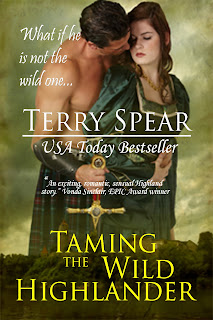 Okay, cover redone and the book is ready to go!!!


This is Angus MacNeill's story, 4th Book in The Highlanders medieval romance series

Edana Chattan senses concerns where people she knows could be in danger. When her brothers warn her they're in trouble, she can't convince her father to listen to her, so with an escort, she tries to locate them. Separated from her escort during a storm, she is discovered by Angus MacNeill, who is tasked to return her home.

Only Edana has other notions--and convinces him and his companions to allow her to use her abilities to locate her brothers who are manacled in a dungeon somewhere. That leads to a faux marriage and more dungeons and more trouble than Angus had ever thought possible. So why is the bewitching, fiery-haired lass making him think of marrying her for real?
B & N
Amazon
Smashwords
SEAL edits are turned in! And now? I'm on a whirlwind adventure in Jaguar Heat!
As soon as I announced I had a new book out, a fan wrote me that she has MS and has been bedridden for two years and that she loves to read my books as they allow her to escape to other worlds.

Her story was very touching.

When I write, I get wrapped up in the heart and soul of the book, wanting to provide as entertaining a read as I can. I hear from readers all the time, but I never know when my books will be something more than an everyday escapism. Such as the fan who wrote who was sitting with a family member at the hospital and reading one of my stories at her bedside and it helped her get through the hours. Or the one whose aunt and she shared their love of my wolf books and the aunt suddenly died--and how she wanted to share how much they loved the books and had that in common.

Do you ever think of how your writing could make a positive impact on readers?

Love the cover, Terry!
I do think about the impact my writing could have on readers. I've not published a romance, but I am hopeful that my stories will entertain, heal, explain, or provoke thought.
It's wonderful to hear your feedback, too.

Thanks, Anna! I had so much fun with the cover. He was wearing leather pants. I had to get him into a kilt! :) I so agree. It's wonderful to think we can entertain!!!