Yippee! Just Once in a Verra Blue Moon—Finalist in the 2012 Golden Gateway Contest 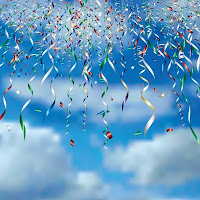 I'm so very excited to have Just Once in a Verra Blue Moon, the second novel in the series, appear on the list of finalists. Thank you to the judges and coordinators.

Congratulations to all the finalists! Good luck in the final round.


When Sparrows Cry by Heidi Luchterhand


Love on the Menu by Joan Rhine


Love Waltzes In by Alanna Albertson


Going All The Way by Heidi Ulrich w/a Megan Ryder


Looking into Hell by Kristine Thompson


Waking Up In Hell by Kristine Thompson


Her Unreasonable Doubt by Anne-Marie Carroll


Tracked Through Time by Becky Lower


The Last Bachelor by Tina Radcliffe


Read My Lips by Kelle Z. Riley
Posted by Dawn Marie Hamilron at 6:00 AM